Everything you need to know

The Polyphagous Shot Hole Borer beetle poses a significant threat to South Africa’s trees. Since arriving in South Africa in 2017, the PSHB has been responsible for the deaths of thousands of trees across the country.

Read our blog post to learn more about this invasive species and what you can do to curb the spread.

What Is The Polyphagous Shot Hole Borer?

The Polyphagous Shot Hole Borer, also known as Euwallacea fornicatus, is a troublesome species that is able to cause a great deal of damage to the environment.

The beetles are approximately 2 mm long and native to Southeast Asia.  They have an extremely large diversity of host trees, but only reproduce in certain native and exotic species. The exotic species are at higher risk being infected than native trees, although the beetle seems to be much more aggressive outside of its native habitat. Infected trees can contain more than 100 000 individual beetles.

In South Africa – the PSHB was first found in KwaZulu-Natal in 2017 and has since then spread to the Garden Route and other parts of the Western Cape. The FABI (Forestry and Agricultural Biotechnology Institute) team has confirmed the presence of the PSHB in eight of the nine provinces in South Africa. The beetle is considered a great threat to the indigenous trees of South Africa.

How Was The Shot Hole Borer Discovered In South Africa?

Dr. Trudy Paap of FABI initially discovered the Shot Hole Borer beetle in South Africa. On a routine study for diseases in KwaZulu-Natal Botanical Gardens in Pietermaritzburg in 2017, Paap found a series of infested trees. This led to the identification of the beetle in addition to the regions in which infestations are taking place.

Why Should We Be Concerned?

The PSHB beetle along with its fungus has caused tremendous damage to the trees in the US, specifically California, in addition to regions in the Middle East.

Judging by the number of trees the beetle has killed in Johannesburg as well as George and Knysna, this beetle could potentially be one of South Africa’s largest ecological tragedies. In addition, the beetle is currently infesting over 200 tree species from 28 plant families worldwide.

How does the beetle kill the tree?

Actually, the beetle itself doesn’t kill the tree; rather it is the fungus that accompanies the beetle. One of these fungi they carry is called Fusarium Euwallacea. The shot hole beetle shares a symbiotic relationship with this fungus, as this fungus is the beetle’s main source of food. This fungus is also the main cause associated with the wilting of trees. The other types of fungi are believed to help the beetle’s colonization of newly infected trees.

How To Identify The Shot Hole Borer:

Unfortunately, detection of the PSHB is difficult as they are very small – about the size of a sesame seed. However, what you can do is identify the infected trees. The symptoms of infected trees vary from one tree species to another and there are many signs that show when a tree is infected. Some of these signs are:

Exit/Entry holes on the bark of the trees

Shotgun-like lesions on the bark at entry/exit holes.

Sugar volcanoes on the bark at entry/exit holes.

Blotches of oozing resin on the bark at entry/exit holes.

Wood frass (wooden powder) on the bark at entry/exit holes.

The beetle penetrates host trees through the bark, into the sapwood. Entrance holes can be seen having brown stains around, from due to the associated fungus. Other signs of entry would be visible through the presence of small heaps of sawdust, “bleeding”, noodles, stains or sap-flow. 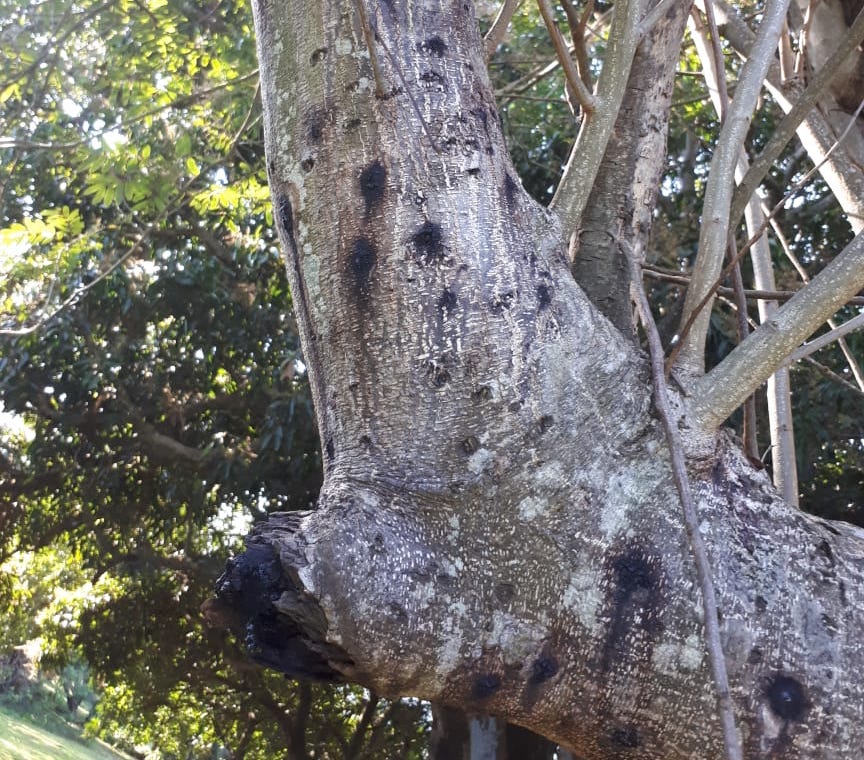 Image 1:  A tree infected by the PSHB Beetle. 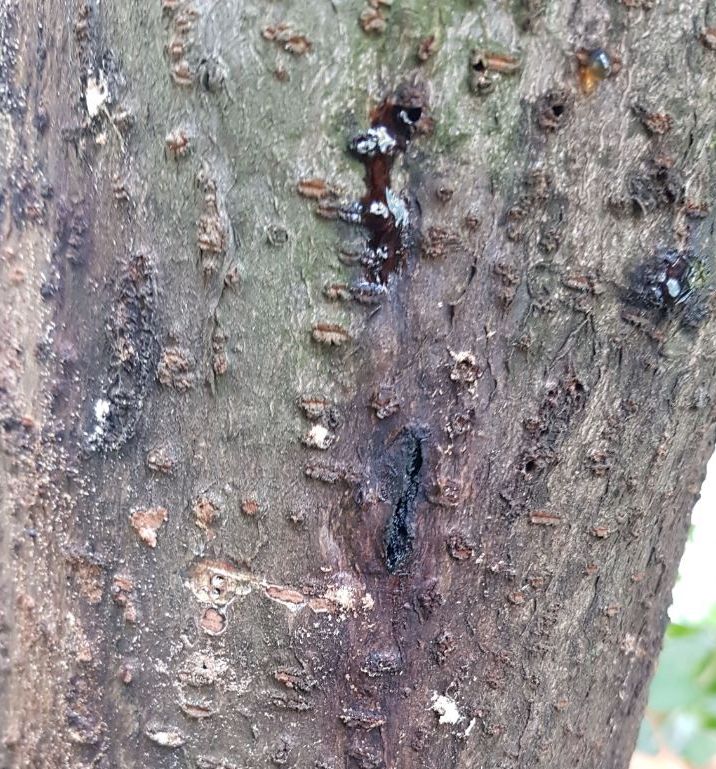 Types Of Trees Being Infected

It was previously mentioned that the PSHB infects more than 200 tree species from 28 plant families. Therefore, it would be difficult to list all of the tree species. However, some of the important trees that are indigenous to South Africa and are reproductive hosts for the beetle:

It usually attacks stressed/dying trees, as these trees are weak enough, while still containing enough moisture for the flying females.

What Can We Do?

First thing you should do when you see signs of an infected tree in the Cape Town area is to report it to the Cape Town Invasive Species Unit.

Thus far, the spread of PSHB in South Africa has been random and without clear patterns. It has been noted that the most important vector for the spread of PSHB are humans and their movements between regions. No remedy has been discovered and insecticides are ineffective against the beetles because they drill deep into the wood. However, the only form of resistance against the beetles is for us to cut down and burn the wood to prevent the spread of these beetles. Cautionary procedures should be taken when transporting or handling plants and trees. It is encouraged for you not to move plants that portray signs of infestations but rather infected plants should be cut into smaller pieces, sealed, and kept in direct sunlight. The heat from the sunlight will lead to the insect and its larvae death.

The second thing you can do is to not move any firewood. The beetles from infected areas are likely to be brought in to clean areas this way. Buy your firewood in the area your in and leave it there.

South Africa is considered to be the biodiversity capital of the world and is a host to 299 species of mammals and 858 species of birds many of which are heavily dependent on trees as a source of nutrition and sustenance.

Therefore, the Shot Hole Borer truly does pose a threat to what makes South Africa unique. For this reason, an immediate response to eradicate this threat is imperative to help preserve the beauty that is South Africa.

A Nursery and Project Management Approach