6 Trees that Greenpop Plants which make a difference to our reality. Trees are vital to all of our survival, for they generate oxygen and medicine; store carbon; prevent enormous loss of soil; and provide shelter to the wildlife.

The Knysna Forest, in the Western Cape, is the largest forest in Southern Africa, covering 60,500 hectares. Historically the Khoikhoi and San people use to live here. The San hunters would smoke animals out of the forest and once the Dutch settled here they used the Outeniqualand to farm, fish, and cut timber.

This whitish-grey evergreen tree can grow between 10 and 25 m tall and have white and sweetly scented small flowers before a bright red fruit begins to develop. Most commonly found growing on the banks of rivers and streams and moist spots in woods and forests.

Rubbing the leaves together creates a lather that use to be used as soap for woodcutters to wash in the streams. In Zulu the name Phuphuma means ‘it foams out’ and in Venda, the name translates to ‘milk-pail washer’.

The wood is currently still being used for handles and furniture as well as fuel. Previously the wood was used in ladies’ shoe heels, as well as the construction of wagons for buckboards and spokes.

The pale grey and evergreen bushy tree can grow up to 4/ 5m tall but can reach a height of 20m when in a forest. They have small, white flowers which are pollination magnets before producing a black and flattened fruit in mid to late summer.

The hardwood is currently used for agricultural implements, fence posts, and furniture. In the Zulu tradition, the tree is valued for its medicinal properties. Traditionally the root bark would be infused and used as an enema for intestinal parasites, and the leaves for the treatment of ear inflammation.

The grey tree can grow up to 4-18 m high, in damp areas of mountain and coastal forests or swamps and bush clumps. They have small, white/ creamy yellow flowers and producing purple fruit, it is not uncommon to find the flowers along with the fruit on the same tree.

The hardwood is currently used for violins and furniture. Nguni people use the tannin from the bark as a charm to protect themselves from evil spirits (iNtelezi). The roots and bark are also more widely used medicinally for respiratory problems and muscular/ heart complaints.

The evergreen tree can grow up to 12m high when growing near water alternatively on rocky hillsides or woodland. They have white to greenish flowers before producing small, spherical, purple-black fruits.

The tree is very resourceful for drier climates because of its hardwood and it is frost; drought; and wind-resistant, making it the perfect fodder tree. The leaves are used to make tea, the juice of the fruit is used to make ink and the hardy wood is used to make furniture. The early Cape settlers treated diarrhea with fruits and traditional remedies were made to improve kidney function, lower blood pressure, and deal with sore throats.

Virgilia = The greatest of Roman poets “Virgil”.
The species name ‘oroboides’ = Oribus, the biology of plants that have pea flowers.

Within the family of Fabaceae, Virgilia is more commonly known as Blossom tree (ENG); and Keurboom (AFR) – ‘the pick of all trees’.

This silver-grey tree can grow between 10 and 15 m tall with an average lifespan being 12 to 20 years. With green pinnately compound leaves, where the main difference is that the V. oroboides leaflets are covered in velvety hairs and the V. divaricata are hairless. The wood is currently still being used for rafters and furniture. Where the transparent gum is used as a starch substitute. Most commonly found growing on forest margins, next to streams or on river banks but also on hillsides and thickets.

This timber tree is a yellow colour that can grow between 20 and 30 m, with long and narrow green leaves. Most commonly found growing mountainous areas, forests, and rocky hillsides. The male trees cone between July and September, making use of wind pollination. Where the female trees grow round grey/blue seeds on their receptacles from December till February.

For many years the wood was used in a variety of furniture and floorboard making, as well as for coffins and butcher blocks. The railway once used wood for railway sleepers.

Trees are the longest living organism on this planet. Methuselah, a bristlecone pine (Pinus Longaeva), is the oldest living tree, it has been identified to be older than 5000 years old and is located in the White Mountains of California. Why not come make your mark by planting some majestic trees with Greenpop at our Eden Festival of Action that might be able to take the new spot of the longest living tree one day. 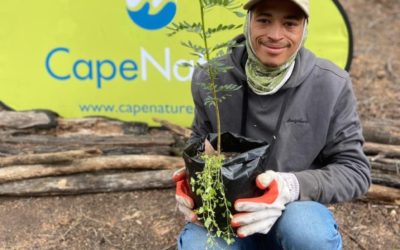 Support Local Students, Plant Trees and #DontBeTrashy with CapeNature22 OCTOBER, 2021By Claudia WallerCapeNature joined us at the Eden Festival of Action 2021 in the Garden Route, sponsoring 10 local students to attend the immersive, week-long sustainability festival.... 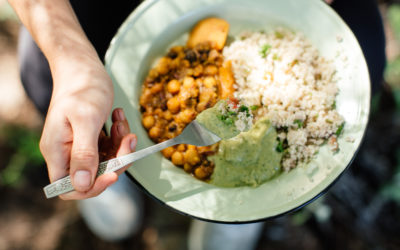 Eat Your Way to Longevity: How Our Diet Radically Connects Us to Our Environment

Eat Your Way to Longevity: How Our Diet Radically Connects Us to Our Environment22 OCTOBER, 2021By Skye Ayla MallacThe world over we’re becoming readily aware of the impact our environment has on our health - as well as the impact we have on environmental health. Read... We are nature! Eden Festival of Action 2021

We are Nature! Eden Festival of Action 202122 OCTOBER, 2021By Claudia WallerGreenpop’s annual tree-planting event is a week-long immersion into a world of peaceful environmentalism, with this year's event hosting 140 activists who collaborated to accomplish great...