Why Climbing a Tree is a Great Idea

In recent decades, children are spending more time indoors and less time in nature. Marleen Lammers, the author of ‘The Boy and the Tree,’ explains why this is a worrying trend, and why it’s a good idea to climb a tree.

When my oldest son was at pre-school, he had to regularly be told by his teacher that he couldn’t bring rocks and pieces of bark home. The ground of the school’s play area was patted with bark, and my son would develop strong attachments to some of these – stronger attachments than he had with any of his toys. His teacher had to gently explain that he couldn’t own all this bark, or the nice big rocks he would tightly grip, and that it was for everyone to share. My son excepted this to some degree, though he recently told me used to sneak some bark home, where he secretly treasured it.

At the same school, a tree gracefully towered in the middle of the playground; a tree that started branching off in dozens of directions almost from the ground, and that had a lush green cover. To get underneath it, you had to duck down beneath the far-reaches branches before you could stand up. And only then would you see a bunch of little kids scattered on the branches. Just hanging out.

This tree was central in not just a physical, but also a cultural way at the school. Tree climbing was one of the most common activities during ‘outside time,’ and the social status of a child within the school was to a large degree determined by how high he or she could climb. Reaching a new branch would be a milestone. I watched both my boys gradually reach the top during the three years they attended the school, with great pride in both their and my part. 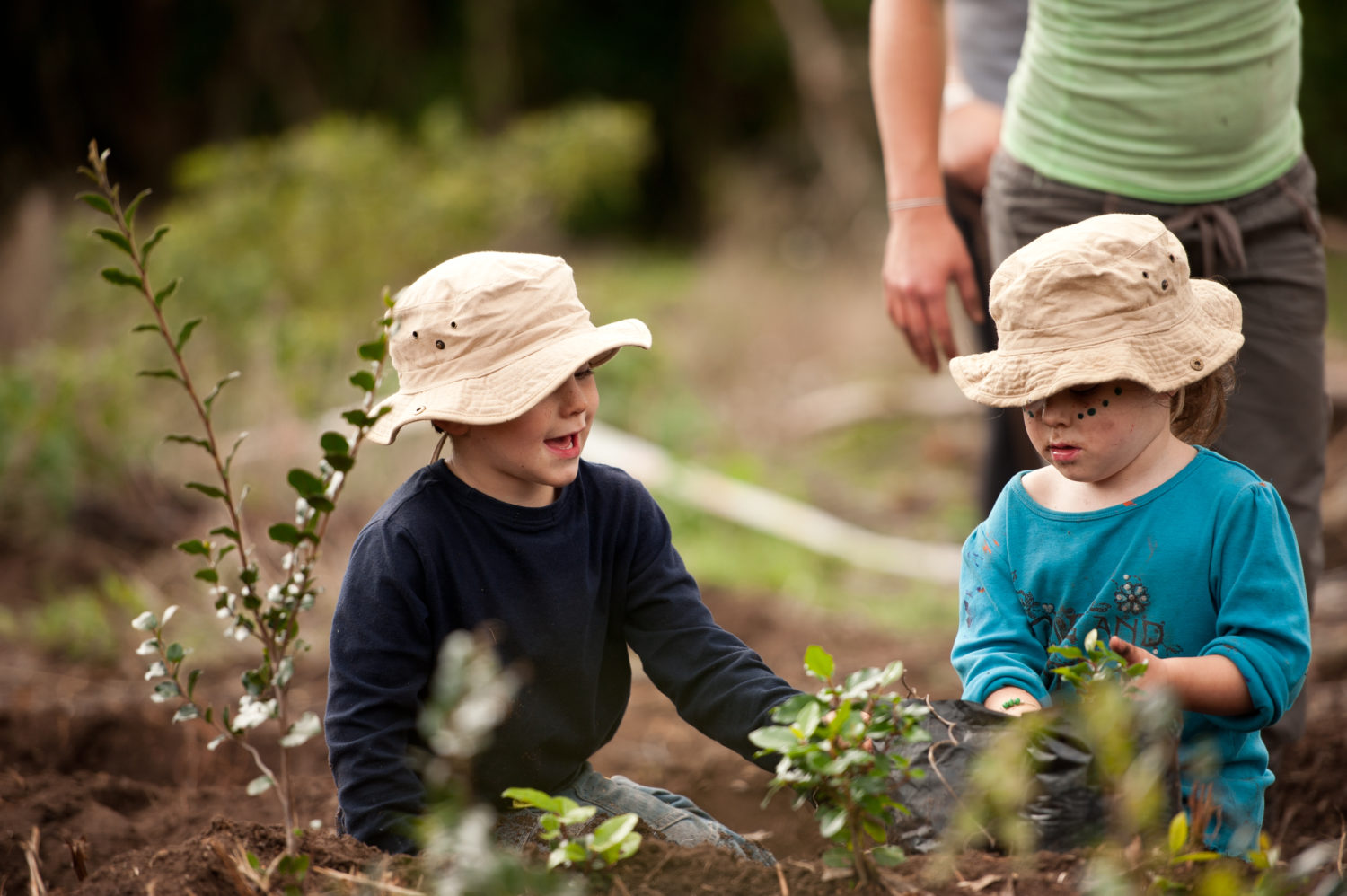 Children enjoying trees – and the outdoors in general – feels entirely natural. Yet it’s a concept in decline. As a recent Harvard Health Publishing article points out, “[t]here are many ways in which this generation’s childhood is different from that of the last generation, but one of the most abrupt contrasts is the degree to which it is being spent indoors.” There’s a variety of reasons for this. There’s an increased concern about children’s safety (whether justified or not), many children have much busier schedules, and there’s, of course, electronics. To an increasing degree, kids are growing up with computer games, on-demand TV programs and movies, and other screen-related activities.

Many studies in the past decade have confirmed this trend. One study cited in the Guardian indicated that, in the UK, 64% of kids play outside less than once a week, and 20% had never climbed a tree. “The distance our kids stray from home on their own has shrunk by 90% since the 70s; 43% of adults think a child shouldn’t play outdoors unsupervised until the age of 14,” the article point out. “More children are now admitted to British hospitals for injuries incurred falling out of bed than falling out of trees.”

Through a growing amount of research, it’s becoming clear that there are serious consequences to this trend. Spending time in nature is essential to a child’s development in a number of ways. It provides exercise, stimulates creativity, and helps develop many cognitive functions. According to the Guardian article, “[f]ree and unstructured play in the outdoors boosts problem-solving skills, focus, and self-discipline. Socially, it improves cooperation, flexibility, and self-awareness. Emotional benefits include reduced aggression and increased happiness.” A lack of time in nature, then, can lead to underdevelopment in different ways.

Author and journalist Richard Louv has summarised this issue as ‘nature-deficit disorder’ in his book ‘The Last Child in the Woods.’ This term “is not a formal diagnosis,” he writes in Psychology Today, “but a way to describe the psychological, physical and cognitive costs of human alienation from nature, particularly for children in their vulnerable developing years.” He emphasises how children have gone from spending most of their free time playing outside, to spending very little time in the outdoors in just a few generations. “This is a radical change in a very short period of time,” he points out in an interview. “It’s got to have important, perhaps profound implications for mental health, physical health, and spiritual health — for who we are.” 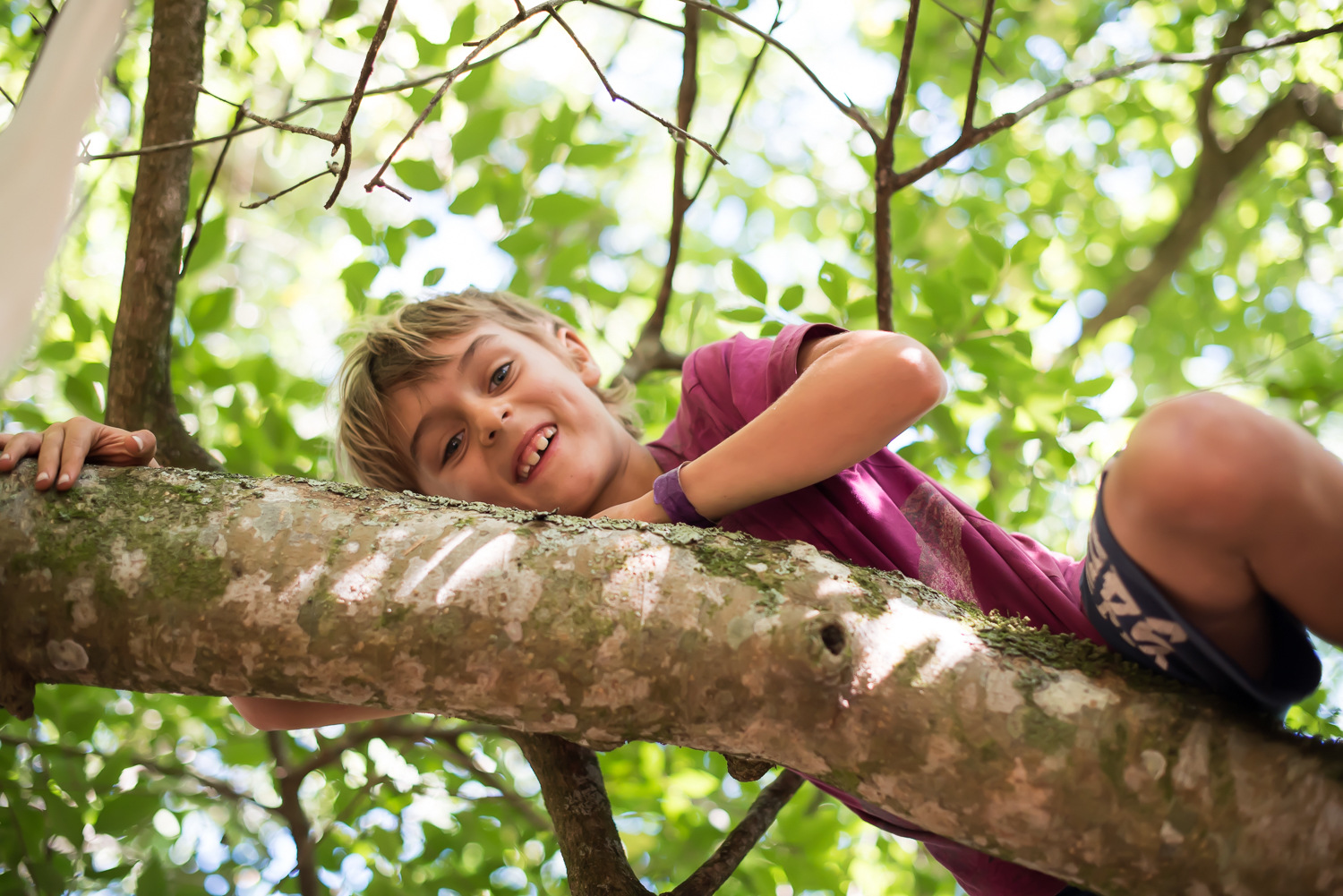 Importantly, playing outside also allows children to develop an understanding of and appreciation for nature. As the Harvard Health Publishing article points out, “[i]f a child grows up never walking in the woods, digging in soil, seeing animals in their habitat, climbing a mountain, playing in a stream, or staring at the endless horizon of an ocean, they may never really understand what there is to be lost.” In other words, if children don’t know anything about nature, they can’t be expected to give a hoot about preserving it.

Obviously there are challenges. I plead guilty to giving my boys more screen time than I’d ideally like to. I’m often too busy (or tell myself I’m too buys) to take them on a walk, or to play with them in the park. But when they’re out there, playing on a beach, running up hills, or adventuring through the forest, they do seem to be at their best. Boy Number One, now ten, still hangs out in trees whenever he can, while Boy Number Two will be observing bugs, collecting moss, or finding the stick that looks most like a gun. (A boy thing, it seems.)

From what I’ve seen, children have an inherent love for nature. They just need to be allowed to develop it. So get your kids outside. Let them climb trees. They might fall out occasionally, but they’ll develop essential skills in the process. And they can turn their love for nature into knowledge, and consequently the desire to protect it.

Marleen Lammers, who has been part of Greenpop since 2011, is a freelance writer and the author of ‘The Boy and the Tree,’ a children’s book published by Penguin Random House South Africa. Buying a copy of the book through Greenpop will support our tree-planting projects, as all proceeds go directly into our reforestation programmes.

Buy your copy of The Boy and the Tree here.

(Use CLIMBMORETREES and get a 10% discount on your purchase.) 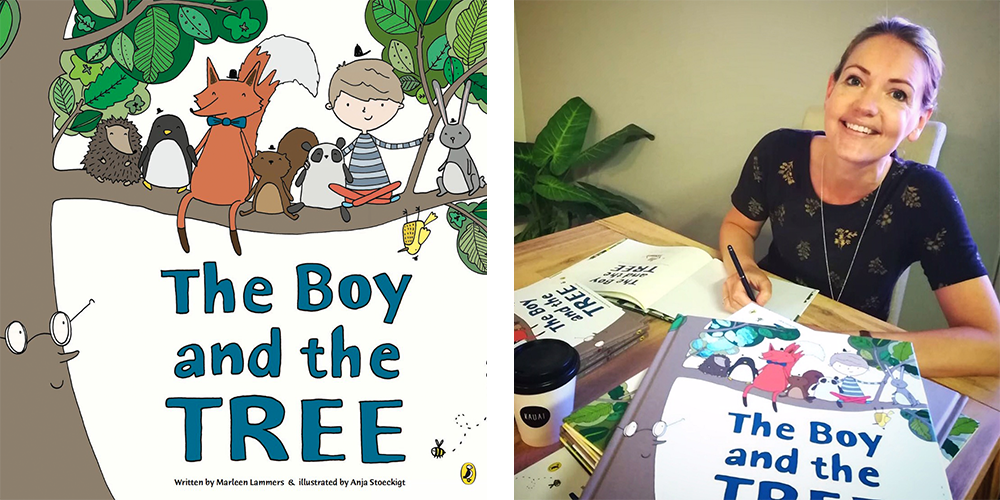 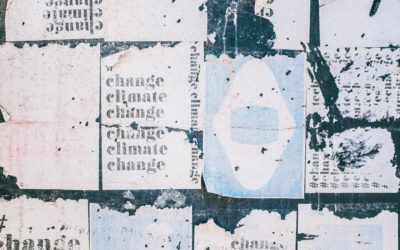 6 Environmental Challenges in the Next Decade

6 Environmental Challenges in the Next Decade 09 March, 2020 By Jan-Niclas Schindzielorz "Twenty-five years ago people could be excused for not knowing much, or doing much, about climate change. Today we have no excuse." - Desmond Tutu The next decade will be an... 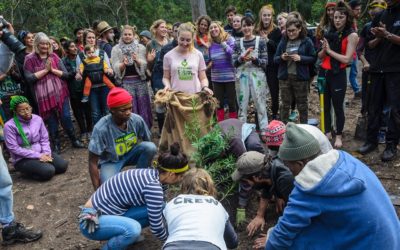 Eden Festival of Action – What’s That? 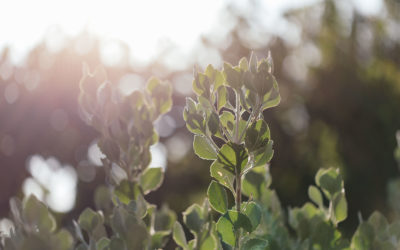 5 Things You Didn't Know About Fynbos 20 FEBRUARY, 2020 By Jan-Niclas Schindzielorz It is easy to under-appreciate the beauty and diversity in our own back garden. This Fynbos February we aim to shine a spotlight on the importance of Fynbos and the Cape Floral...