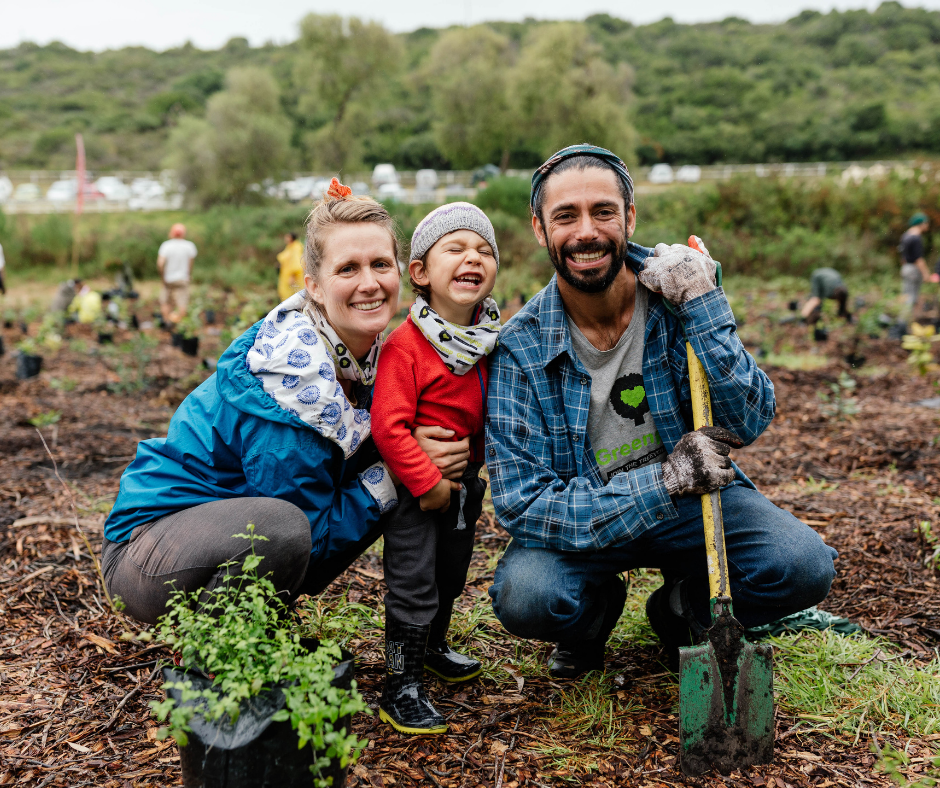 Greenpop Co-Founders, Lauren & Misha Teasdale, at one of our forest restoration projects (2021) – Photo by: Juliette Bisset

In 2010, Misha Teasdale was returning home to Cape Town after travelling 16 countries as part of a film production crew. Although the adventure had allowed for incredible personal growth, Misha was keenly aware of the negative impact of his nomadic lifestyle on the environment.

After discussing his concerns with 9 friends over supper one night, the group resolved to come together and get their hands dirty for our planet. The goal? To plant 1000 trees during the month of September (Arbor Month) in Cape Town’s under-greened, marginalized communities.

They fundraised, researched appropriate planting locations, gathered like-minded individuals and the campaign came together. After the final tree had been placed in the ground, the group went back to their day jobs. But their phones didn’t stop ringing. Underprivileged schools who had heard about the project were requesting trees, companies were offering their support and individuals were asking to volunteer.

Misha, his partner Lauren and their friend Jeremy realised that there was an ongoing need for an organisation which connects people to the planet, each other and themselves and decided to focus all of their energy on making it a reality.

And, Greenpop was born.

A Treevolution – a world where people and nature thrive together.

We’re on a mission to plant trees, green communities and empower environmental stewards across Sub-Saharan Africa.

We believe in (re)connecting people with our planet.

We have become disconnected from nature, our beautiful planet and only home. If we (re)connect with nature and each other in meaningful ways, we believe that caring for our planet will become second nature.

We believe in getting active (not anxious) about the future of our planet.

There are a lot of doom and gloom messages out there and it makes us stressed out, anxious and even apathetic. We believe that positivity and action are the best ways to motivate change.

We believe that changing the world is fun.

When we give back and create value for the earth and our fellow human beings, joy is created – changing our own lives and changing the world. We’re on a mission to have fun and share this joy with as many people as possible.

We believe in making greening POPular.

We’re on a mission to popularise environmentalism – making it accessible to everyone, appealing, creative and fun!