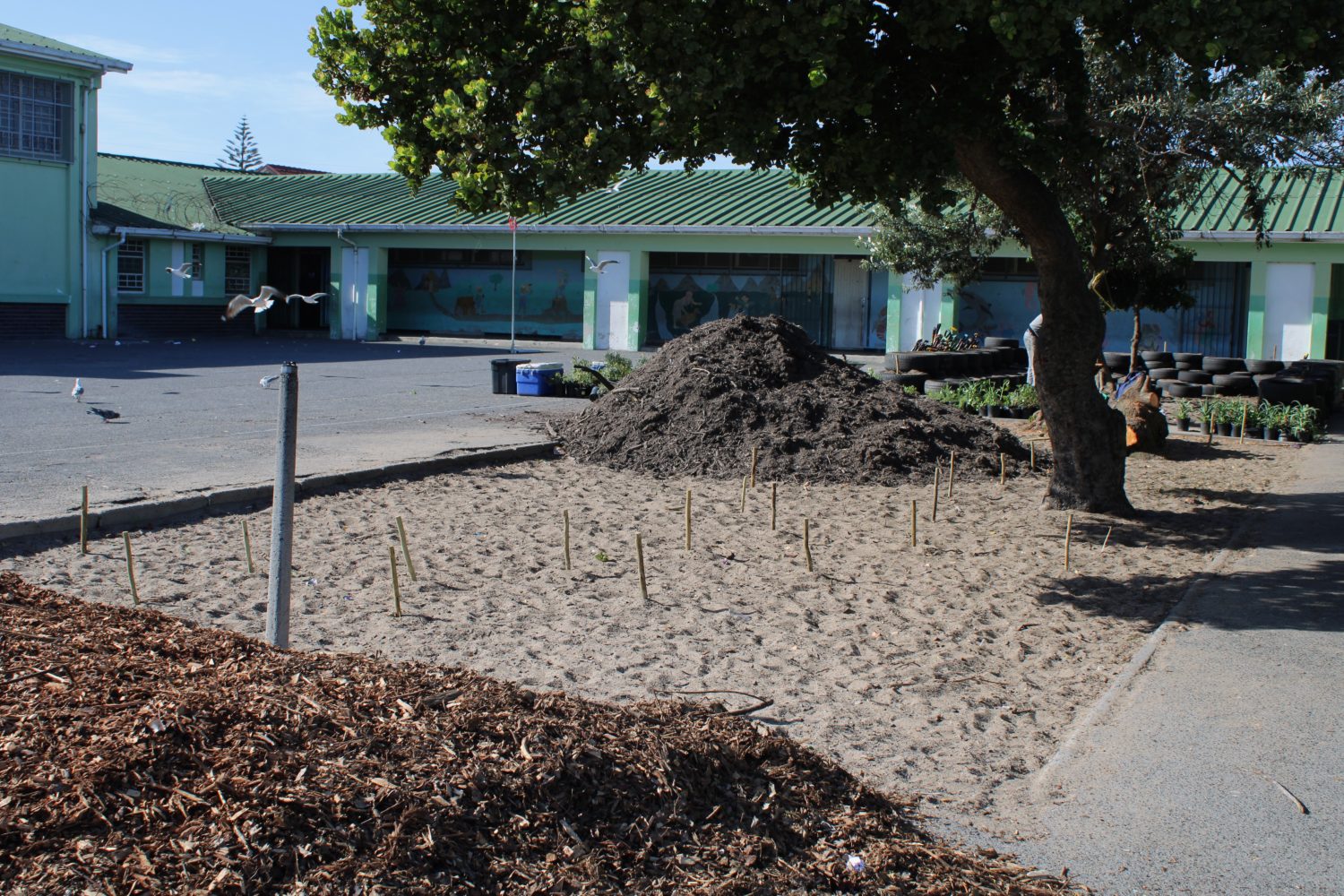 Cypress primary school in the Athlone area, Cape Town. The school opened in July 1966 and has a rich history in sports achievement, most in netball. After 1994 the school was one of the first to integrate learners from all backgrounds. Currently, the school has 599 learners.
The Fynbos garden will bring green into the very sandy surroundings of the school. Learners do not have the opportunity to interact with the environment. So the school is planning on using the garden to teach the learners more about nature in a practical way.  And the school hopes to give the learners a sense of pride in their surroundings. And give them more awareness about the environment.
The school has a team of staff that will look after the garden and also involve the learners in it.