Communication is key – even between trees. Instead of social networks, they use fungal ones to exchange information and create collective intelligence.

Have you ever heard trees talking to each other while strolling through a forest? Probably, or hopefully, not. However, that does not mean that they do not communicate. Trees talk, share, love and compete with each other just below our feet. Trees of the same species are connected by an underground network of fungi, which grow in their roots. Thereby they can share water, nutrients and information.

Chitchat Below our Feet

Trees have mycorrhizal fungi growing in their roots. Although these fungi have existed for millions of years, they were thought to be nothing but a plague for trees – that is until scientists discovered their magic. In fact, fungi play a crucial role in ecosystems around the world. The roots are extended by the extensive network of fungi in soil, which form the so-called “Wood Wide Web”. This connects trees of the same species. Researchers in Canada attempted to map fungal networks using DNA and found that one tree was connected to 47 other trees through the WWW. Some trees can even form alliances with other species.

Through the fungal network, plants can get in touch with one another. For example, older trees (mother trees) can provide seedlings with nutrients through the WWW to help them grow faster. The same goes for trees that have reached the end of their lifetime – i.e. they give all the resources they have left to their companions. Zero waste policy! Using this cobweb-like network, trees can even warn each other of danger, for instance when they are facing droughts or diseases. This also shows that trees are not the solitary creatures that they may seem to be sometimes.

One question remains: What do the fungi get in return? The fungi and their host tree live in a symbiotic relationship. To be more precise, the tree provides them with carbon-rich sugar gained through photosynthesis and the fungi share nutrients from the soil with the tree and serve as a communication channel. Plants gain around 80% of nitrogen and 90% of phosphorus from fungi. Researchers have found that fungal networks are not only limited to woods but also occur in other vegetation zones such as the tropics or even the tundra.

However, not all plants are behaving as altruistic as they could be. In the end, the fittest will survive. Clever plants like orchids are “hacking” into the trees’ networks to steal carbon and other resources. Even worse: There are types of trees that send toxic instead of healthy chemicals through the mycorrhizal networks to harm other trees and get as much sunlight for themselves as possible. Despite the fact that most trees benefit from mycorrhizal fungi, plants that are not able to live in symbiotic relationships with fungi perceive them as negative. Especially when soil fertility is high, the fungi benefit more from the tree than the other way around.

Communication above the surface

Although the Wood Wide Web is a fascinating channel of communication, it is not the only way in which trees can get in touch. Using scent signals like pheromones, trees are able to exchange information with their neighbours. Acacias in Savannah, for instance, notice when giraffes are chewing on their leaves. Right away they start producing ethylene gas and send out distress scent signals to warn other acacias nearby of the potential danger. As a reaction, the other trees produce tannins which can make animals attempting to eat the leaves sick and keep them from doing so. Funny enough, Giraffes have learned to outsmart this early warning system: after stealing leaves from one acacia they usually move 100 meters to only feed on trees that were not reached by the ethylene gas.

Trees appear to not only have smell but also taste. Some trees can taste deer saliva and distinguish between harm done by deer versus humans. When they detect a deer feeding on their leaves, they will produce unpleasant chemicals to make their branches and leaves taste bad. When a human tears off a leaf, however, the tree simply produces chemicals that accelerate wound healing.

“Trees are the foundation of a forest, but a forest is much more than what you see,” says forest ecologist Suzanne Simard. Although trees’ communication channels are not visible to humans, we should still try our best to respect and support them. At the end of the day, a healthy forest is one that is well connected through fungi. What is more, a thriving forest accounts for a healthy planet and helps to mitigate climate change. Science suggests that a dying tree can share around 40% of its carbon with its neighbouring trees, which is why it is crucial for local ecosystems to let trees die on their own instead of cutting them.

Simard advocates for humans imagining themselves as part of this fascinating ecosystem: Change your behaviour by changing your thinking. “We have to stop treating nature as our shopping mall and once we do that, we can change the arc of the future”, she emphasizes. Fungal networks are crucial for forests and other ecosystems to recover fast from various shocks like deforestation or wildfires. Trees that support the local fungal network, especially the mother trees, account for a resilient forest. By thinking twice about when and which trees to log, forest regeneration can be facilitated. Raise awareness of the importance behind the Wood Wide Web and make sure that you and others around you respect dying trees and mother trees. 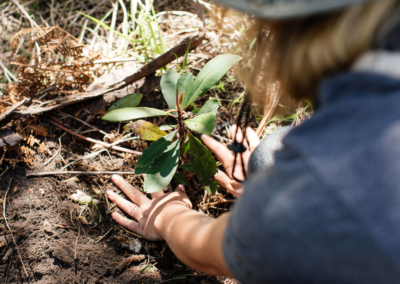 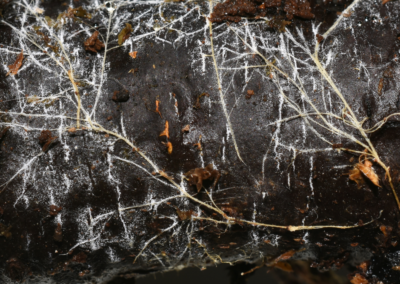 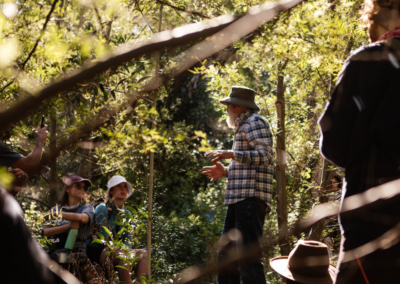