This July, Greenpop is exploring why we should #CHOOSECANS as an alternative to plastic to combat pollution and environmental degradation.

Cans are made from aluminium.

Aluminium is the most common metal on earth, however due to its attributes, it is rarely found in its pure form. It is more commonly found in compounds with other metals, which can be mined and refined into aluminium. Bauxite is the main source for aluminium on our planet with known reserves of over 29 million tonnes, most of them in Guinea, Brazil, Jamaica, Australia and India. At the current extraction rate, these reserves should last more than 100 years [1].

Aluminium has very unique characteristics, which make it extremely popular. It is one of the lightest metals, without compromising strength and flexibility and it is also corrosion-resistant, thanks to aluminium oxides on the metal’s surface. On top of that, the process of recycling aluminium uses comparably little in energy and the material doesn’t lose any of its qualities whilst going through it.

Today, this metal is used in many industries like transportation, building and of course packaging.

Before it can be turned into a can, aluminium needs to be extracted from the raw bauxite it is compounded with. The process it then goes through consists of three stages and is called the primary production. When aluminium gets recycled that’s called secondary production.

Bauxite commonly contains 20-25% aluminium and due to the iron oxides, it usually has a red or brown colour [2]. Most of the supplies lie very close to the surface, making open cast mining the most common way to extract bauxite from the ground. Before mining, the area will be cleared, meaning the removal of vegetation, rocks, etc. [3] Then the soil, as well as the overburden covering the bauxite, are removed so the bauxite beneath can be broken up. To do that there are many methods available, e.g. drilling or blasting. After that, the raw material gets transported to a new site where it gets crushed into smaller pieces and washed before it can enter the next stage of the production line.

The raw bauxite is cleaned and ready to be broken up into the parts it consists of, which are silica, iron oxides, titanium dioxide and, most importantly, aluminium oxides. The principal way to extract the latter from the raw material is the Bayer Process, invented by the Austrian chemist, Carl Josef Bayer in 1887 [4]. First, the bauxite gets milled and heated in a mixture with sodium hydroxide using a temperature between 150-200 degrees celsius, so the aluminium oxides and silica dissolve. The other components stay solid and can be filtered out, with alumina oxides remaining as sodium aluminates alongside silica. Then this mixture enters a procedure of precipitation after which only the aluminium oxides remain. Another round of heating and drying at a temperature of 1010-1260 degrees celsius and this also called alumina is visible as a white powder.

The alumina is now ready to be transformed into actual metal. For that, the energy-intensive Hall-Héroult process comes to use [5], which the two scientists Hall and Héroult separately invented in 1886. Before that, producing aluminium was very expensive, due to alumina’s high melting point. Aluminium was produced by electrolysis of molten sodium aluminium tetrachloride. To lower the melting point, Hall and Héroult mixed the alumina with molten cryolite instead. The aluminium oxide’s oxygen atoms have to be split from the aluminium atoms, therefore carbon anodes are needed for the reduction process and carbon dioxide is one of the process’ end products, alongside aluminium. The production ratio in this stage is 2:1, meaning two 2 tonnes of alumina make up 1 tonne of aluminium. After this, the aluminium is finally available in its metallic form and can be shipped to the manufacturing plants in coils. From here on the actual process of building a can starts.

The most common beverage cans are two-pieced, meaning that two pieces of aluminium are used to build the can. First, a machine cuts circular discs of metal out of the sheets [6]. Those then get drawn and ironed, known as the DWI process. The first means the reshaping of the metal pieces into cylinders without losing the material’s thickness. After that, they pass through circular dies to thin the walls, called ironing. Usually, the edges of the aluminium cylinders are irregular, so trimmers cut them to identical heights. Remember that at all stages, surplus material, like the trimmed edges or the leftovers after the cutting process will rejoin the production circle and get recycled.

Now the can bodies have the right size and can be cleaned and dried to remove any unwanted lubricants before they get coated externally to then dry again and be printed. First, by rolling against a cylinder, the print gets applied, then a different applicator adds the varnish at the bottom of the can [7]. For the inside, a sprayer puts on a special coating to protect the can from corrosion and the content from interaction with the metal. Between and after these coating and printing steps the can gets “baked” in an oven to dry.

The can body is almost ready. The last steps in this manufacturing stage prepare the neck for the lid, also called end, to be attached. A necker reduces the wall’s diameter and a flanger curves the edge to be acceptive of the end after the filling of the can. Then the cans have to pass one last test for any leaks before they are ready to be shipped to the filling plant.

The Use & Recycling of Cans

Cans are mainly used for beverages like sodas and beer or to store food and are widely used across the world. Every year 200 billion cans are used – that’s 6,700 cans per second.

Only 9% of plastic waste produced between 1950 and 2015 (around 6.3 billion metric tons) was recycled [8]. In comparison, in 2018 more than 73% of old aluminium products were recycled [9] – making aluminium cans the most recycled item in the world.

The ease with which cans can be recycled is one of its most important attributes. Producing new aluminium from manufacturing scraps and old end-of-life products is called secondary production. The process is so attractive because aluminium can be 100% recycled and retains its quality throughout. Also, it takes only 5% of the energy needed for primary production [10], because it leaves out the energy-intensive Bayer- and Hall-Héroult-processes.

Thus it only takes 60 days to make a new can out of an old one and get it back to the supermarket.

‘Cans are special because the loop – consuming, throwing it away and collecting it – only takes 60 days. So, this [can] will be drunk, thrown away, collected and it will be a can again in 60 days. That’s a really quick cycle’, claims Alexander Kuzan, vice president of Can, Novelis Europe, the world’s largest recycler of aluminium [11].

The lifecycle of a can is a true cycle because a can be recycled and reused for the same purpose on an infinite loop.

Whilst the production of aluminium is extremely energy-intensive – it takes more energy to mine and produce aluminium than any other metal – 95% of this energy is saved in secondary production due to the recycling of aluminium cans. It is this closed-loop production process, which can be repeated infinitely, that makes cans a suitable alternative to plastic.

When manufacturers and brands decide to invest in closed-loop packaging supplies, we will be able to start tackling the battle against plastic and pollution.

And we, as consumers, can vote to #CHOOSECANS, instead of plastic, with every purchase.

This July, Greenpop has partnered with CAN DO! to explore the environmental impact of aluminium cans, and whether cans are a more sustainable alternative to plastic.

Are cans more sustainable than plastic? Should you #CHOOSECANS?

[2] Aluminium Leader How aluminium is produced

[4] World of Chemicals Manufacturing of alumina through the Bayer process

[6] Metal Packaging Manufacturers Association How are cans made

[7] Can Manufacturers Institute How cans are made

[11] Geographical Don’t bottle it: why aluminium cans may be the answer to the world’s plastic problem 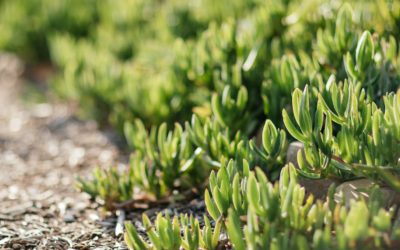 The Healing Value of Spending Time in Nature

The Healing Value of Spending Time in Nature19 FEBRUARY, 2021By Charlotte Mostert Being in Nature has so many benefits for us. Something profound that Friedrich Nietzsche once said is, “We like to be out in nature so much because it has no opinion on us.” Remember... 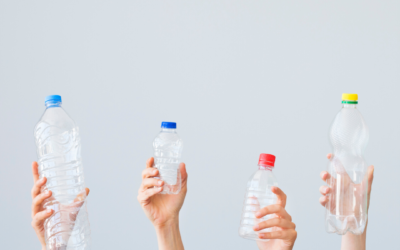 This July, Greenpop has partnered with CAN DO! to explore the environmental impact of aluminium cans, and whether cans are a more sustainable alternative to plastic. In order to do so, we also have to investigate the impact of glass and plastic. 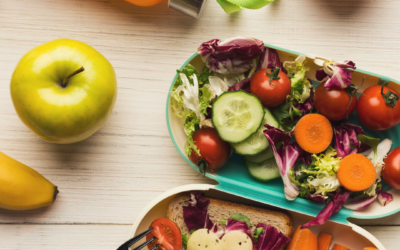 Teaching Kids (and Parents) About Waste

15 JULY, 2020 By Jan-Niclas Schindzielorz “With great power comes great responsibility.” - Spiderman Being a parent is a beautiful and miraculous thing. But it also comes with a lot of responsibility. Your actions, and the examples you set, have a big impact on your...